Or order a smaller library for $99. See the sample 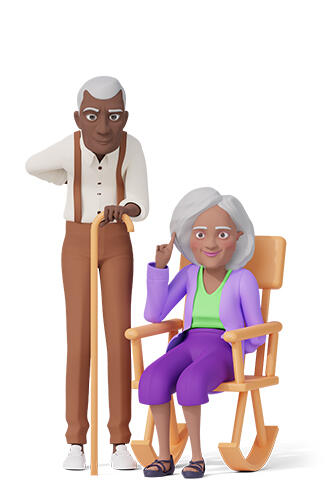 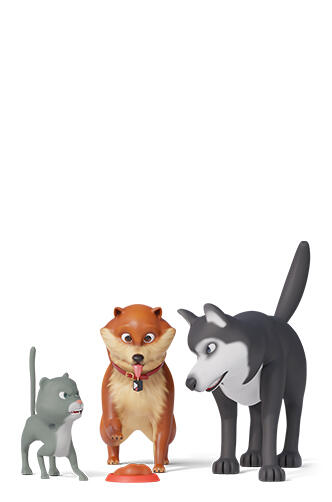 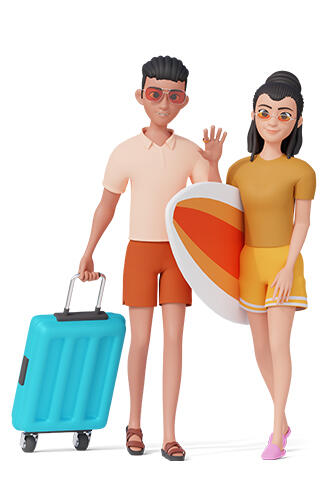 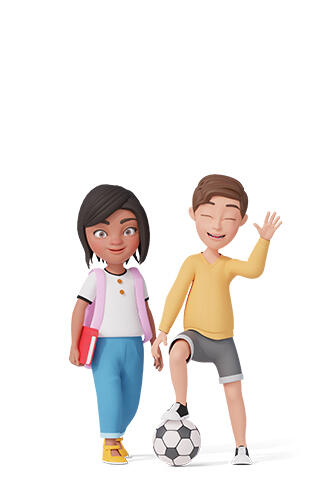 👉 167+ Milions of combinations of 3D characters. 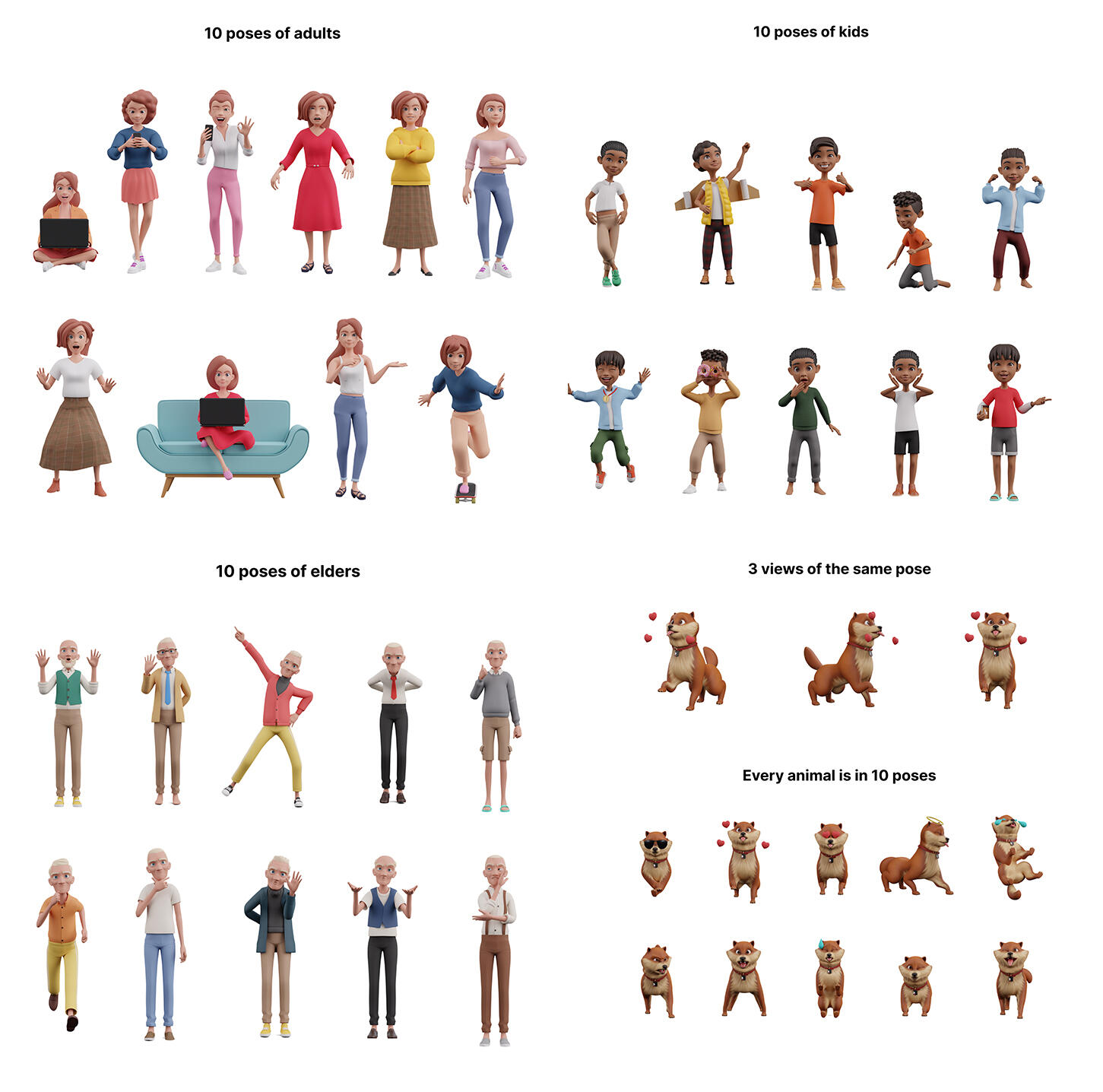 Things you will love ❤️

We created a Blender Generator for even easier customization. You don't need to know Blender at all. It's that easy ❤️See what will be inside

Are you not a master of Blender?
No problemo! 🤔

We created a short tutorial for beginners which will give you the opportunity to customize characters even more. Believe us, you can do it.By the way; Blender is free to use.

We created our own script which will can generate random character inside Blender.Get your character with one click.
How cool is that? 😎

Here are some examples of library usage.
But, don't limit yourself 🚀 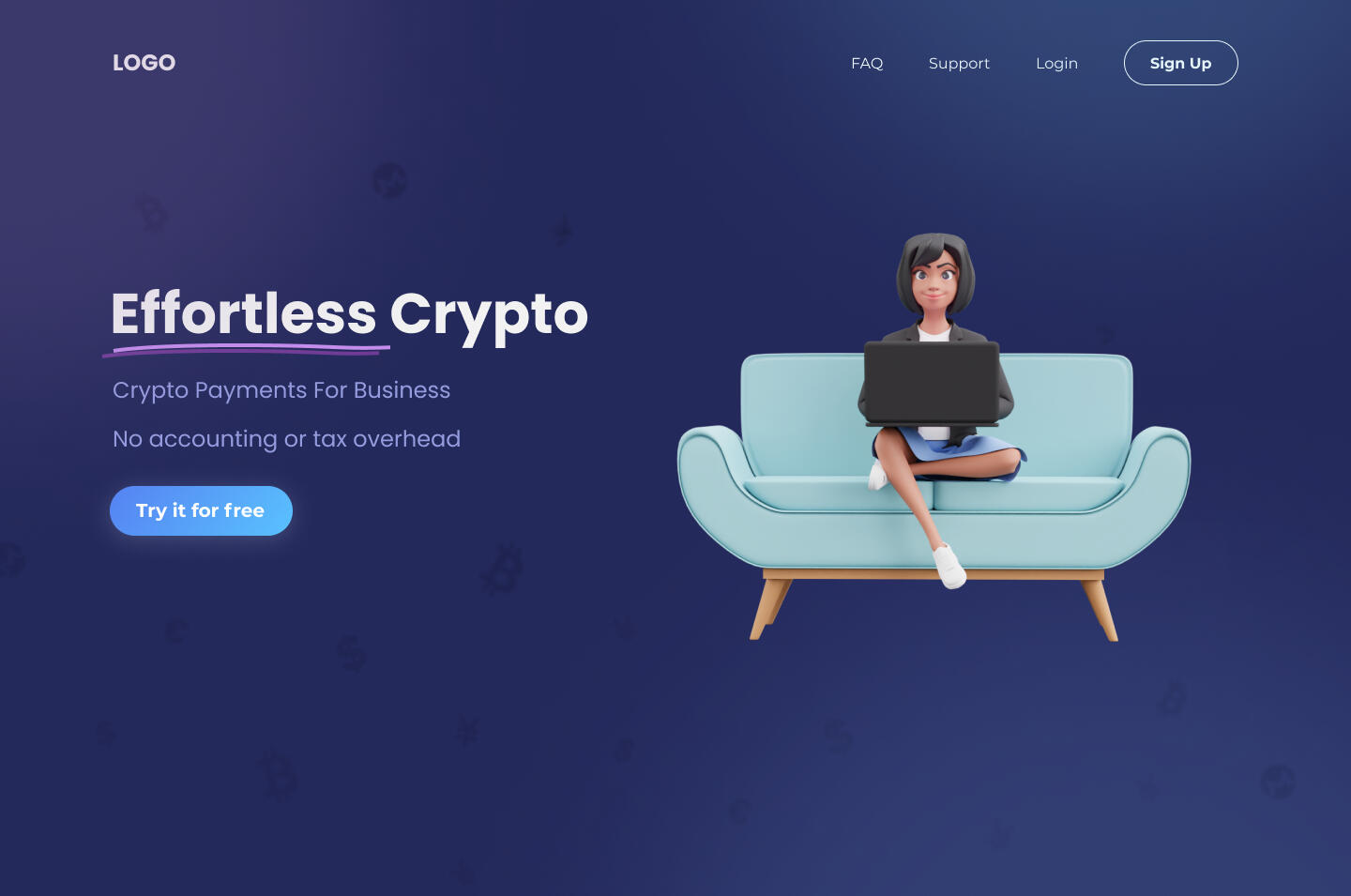 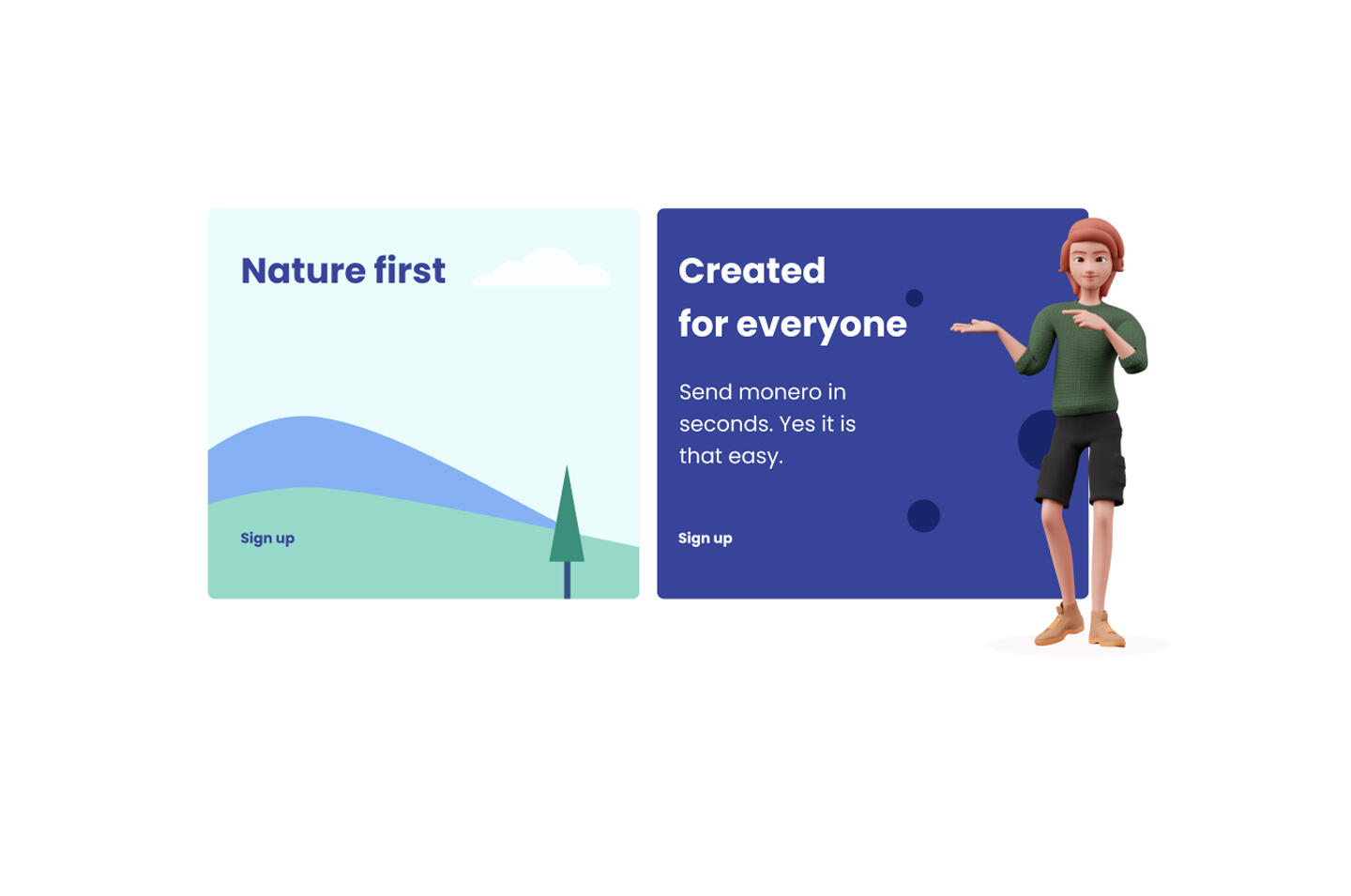 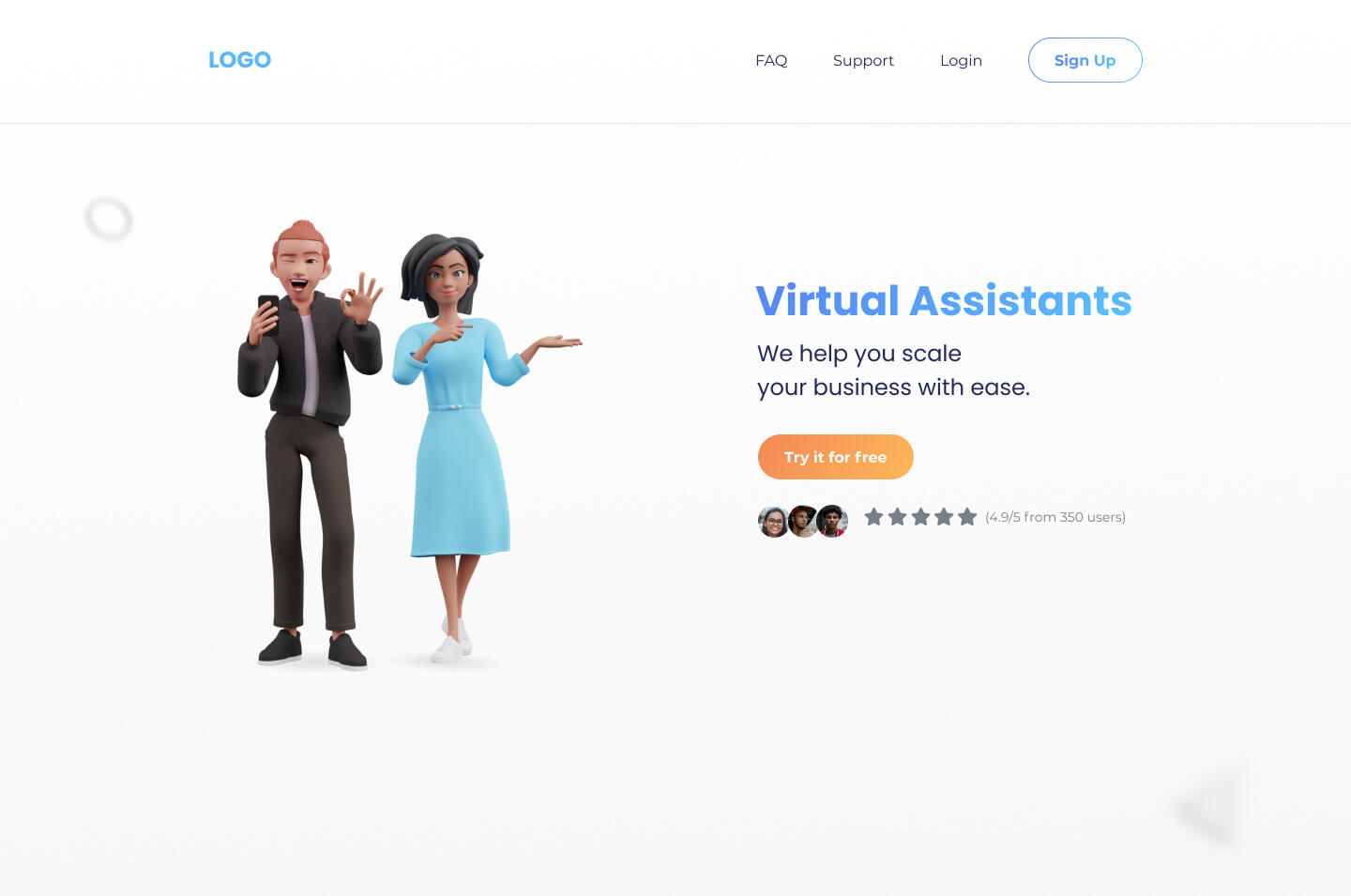 "Based on my experience using libraries from ThreeDee. I got a lot of benefits from it. They do not provide the results of its 3d only. But they also provide an editable source file, so I can adjust each pose according to my will.Also, it is so easy to editable for newbies like me, there are instructions to guide me It's so freaking awesome!"

"Congratulations a great job!!! one of the best 3D asset solutions today!"

People in these companies use our libraries:

Or see our other libraries 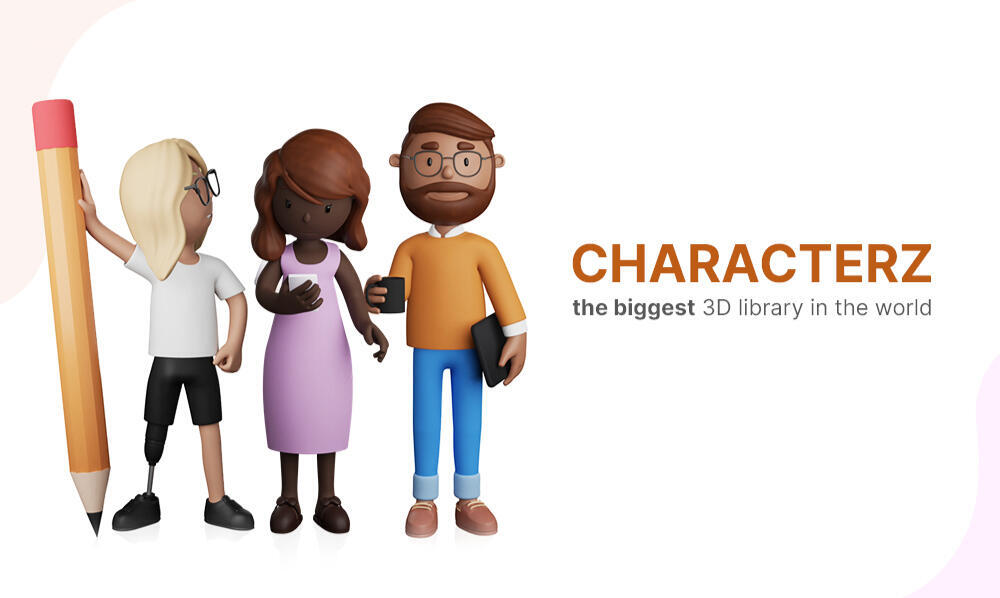 Characterz - The biggest 3D library in the world 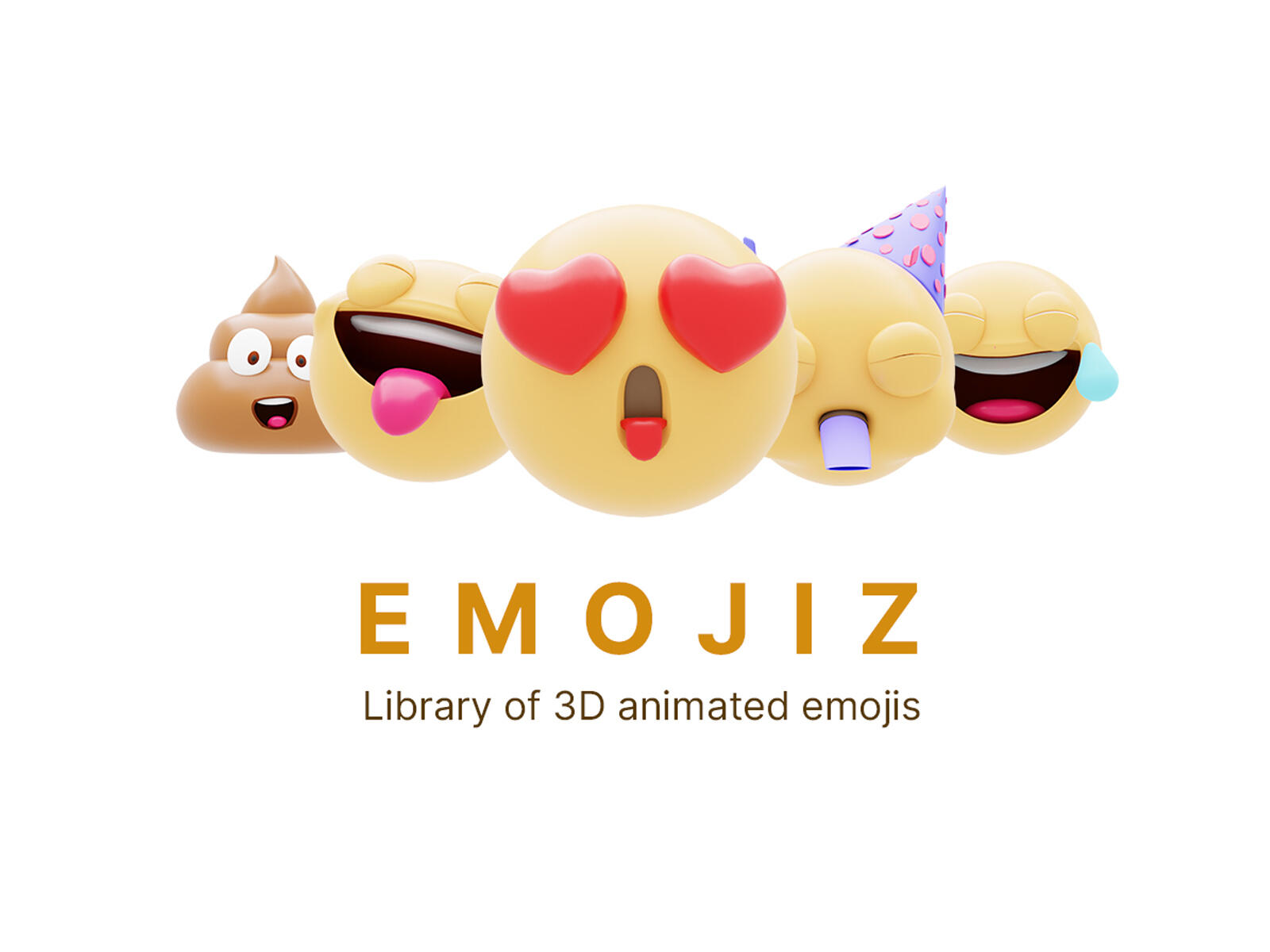 High-quality animated emojis for any occasion. 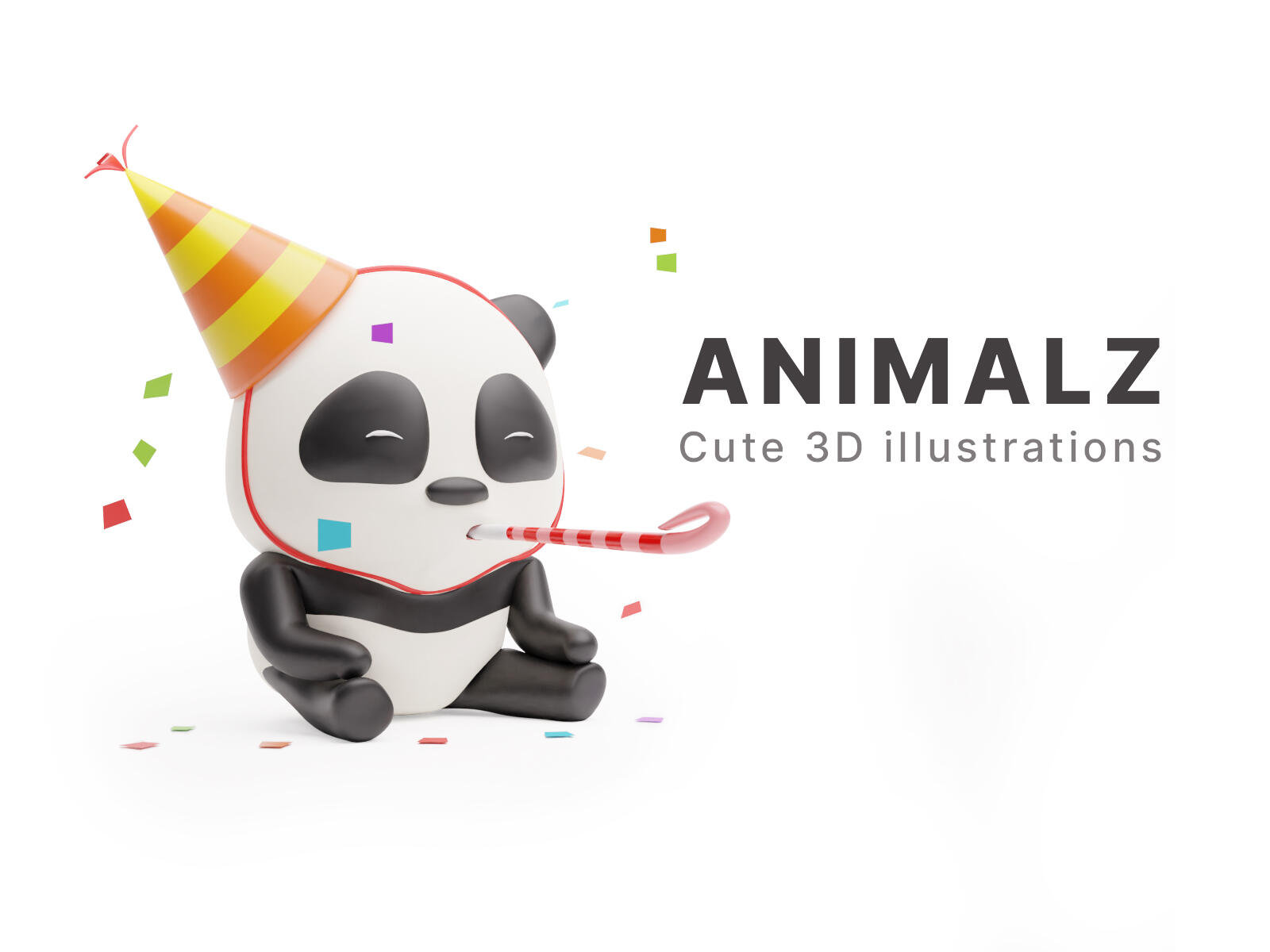 Cute animals which will bring to your designs. 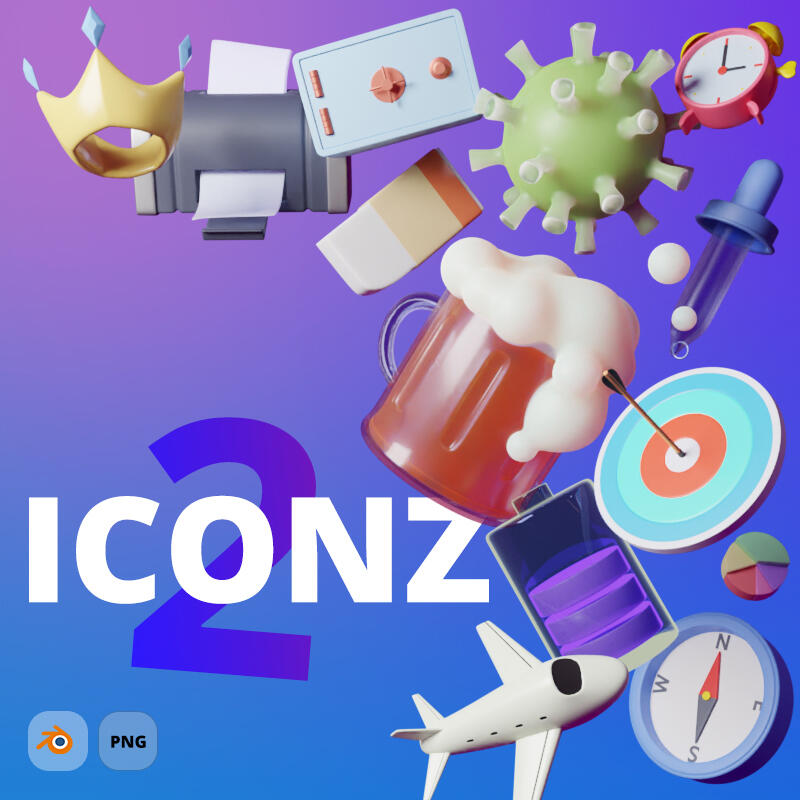 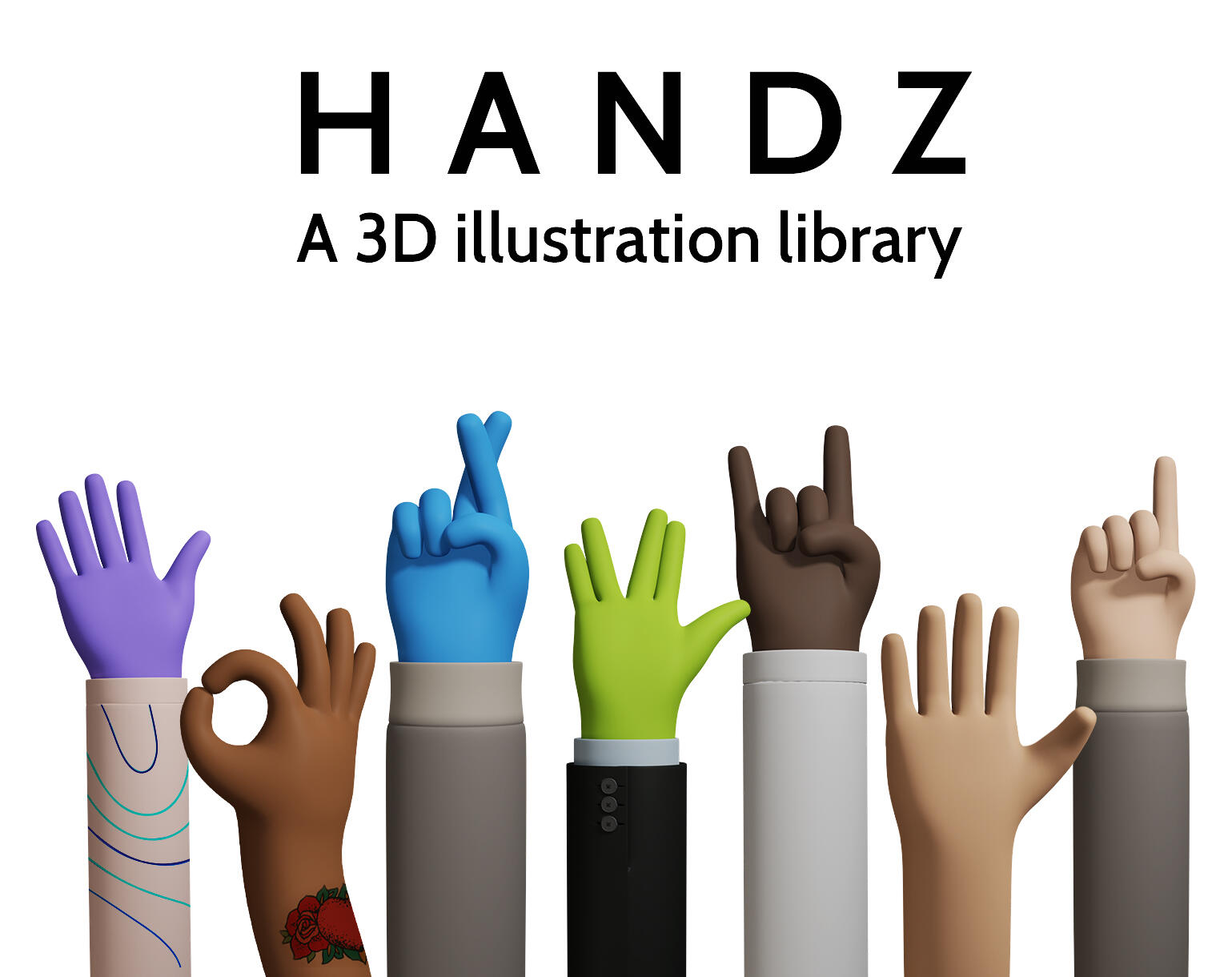 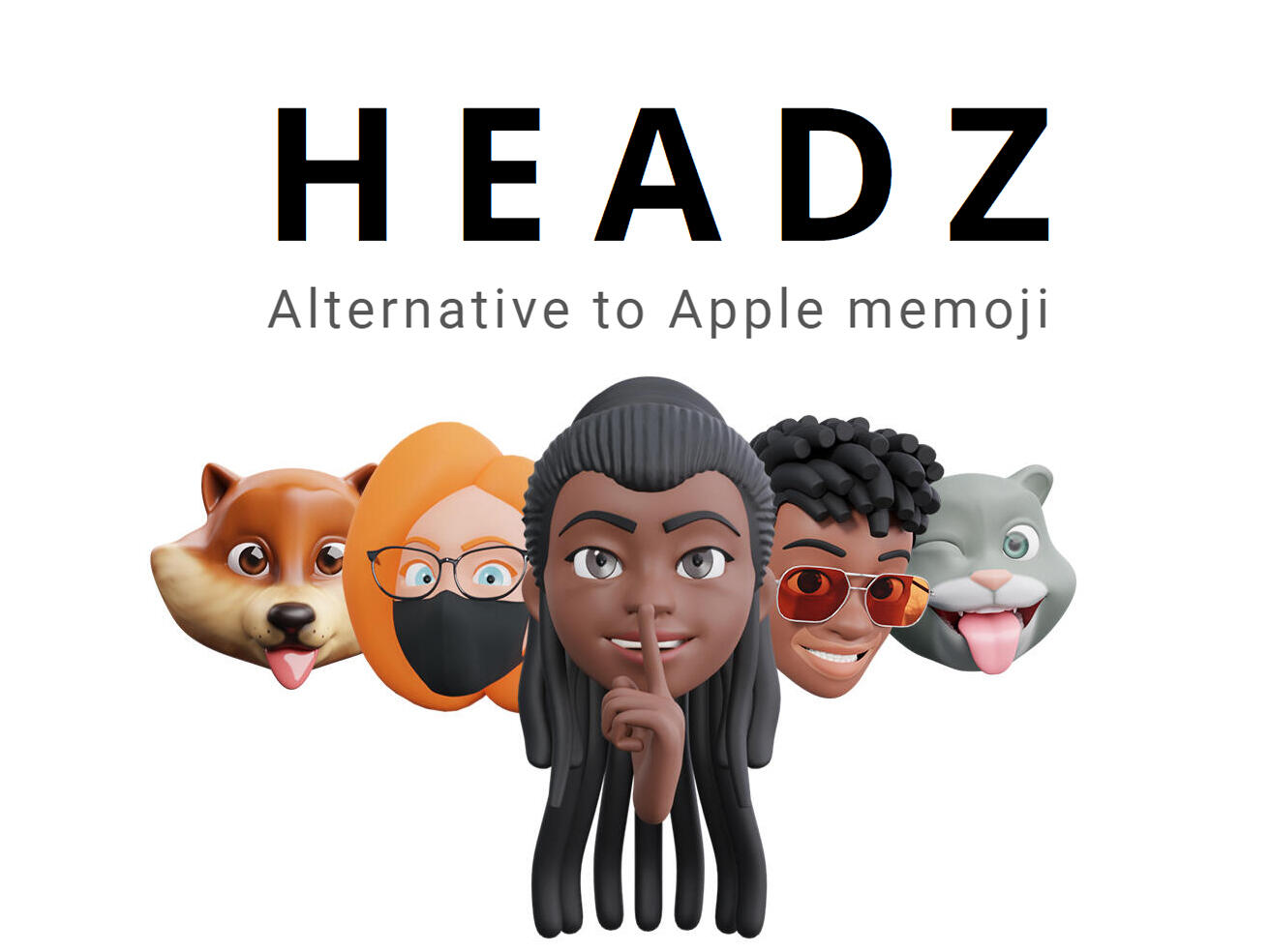 400,000+ combinations of 3D heads. All of them are fully rigged, prepared for any facial expression. Easy to use, easy to animate, tutorials included. 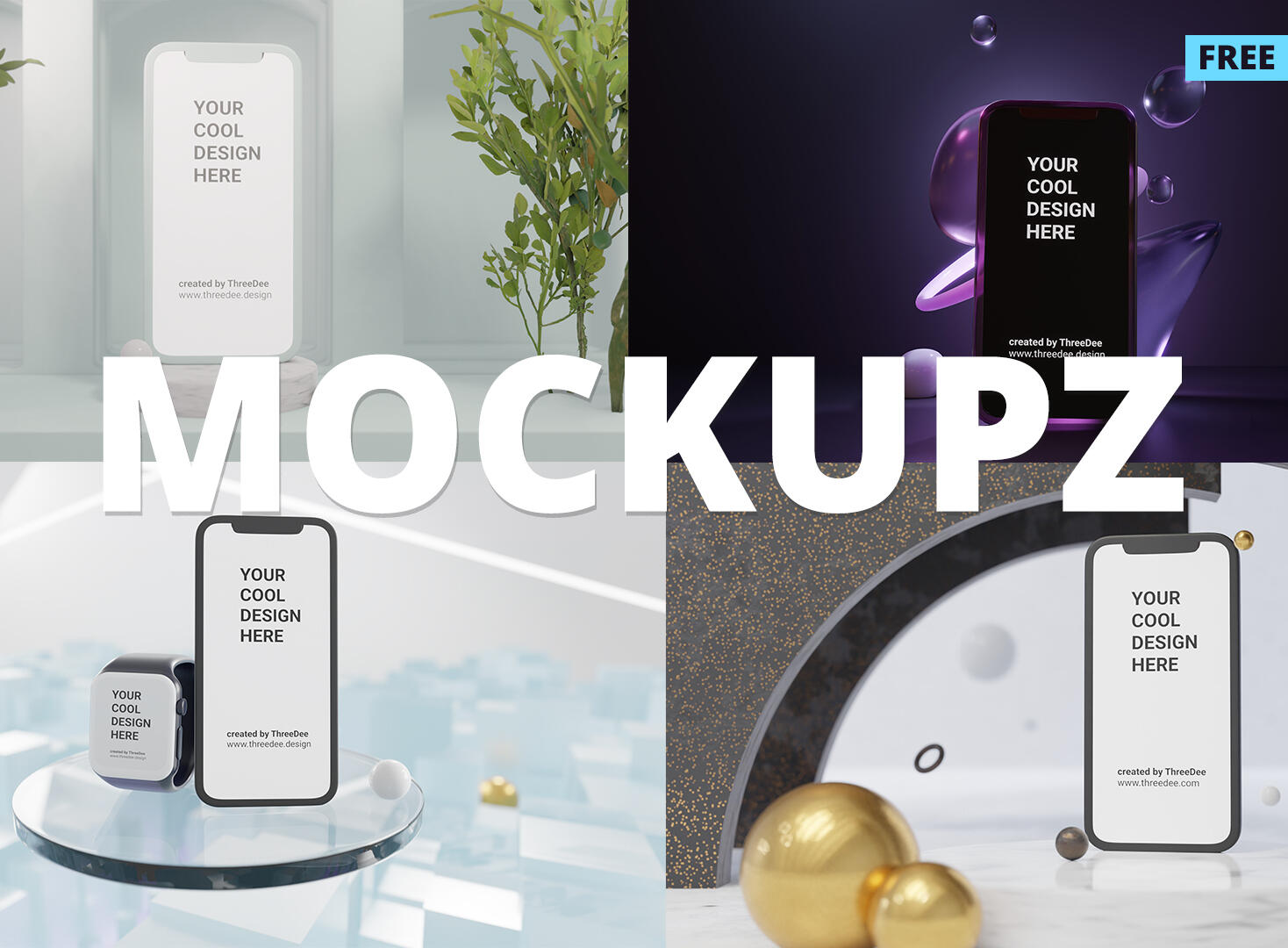 MOCKUPZ is library of handcrafted 3D mockups that can help you sell your products and designs in a better way. Thanks to the multiple scenes you have unlimited options to present your work. 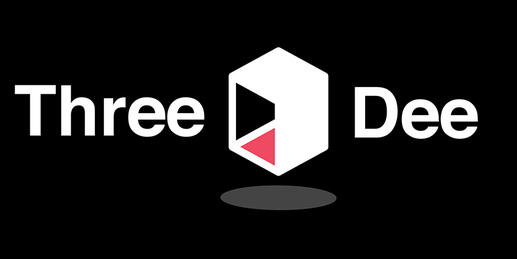 Do you like what we do?
Check our other librariesChangelog

In case of any question or if you are
interested in an affiliate program: